We’re so excited for this week’s event, Six Impossible Things for Breakfast, so today we bring you a little taste of Claire Burgess, who will be reading at Classic Lines, Thursday 12/10, at 7pm. We hope to see you there for the weird and wonderful side of food! 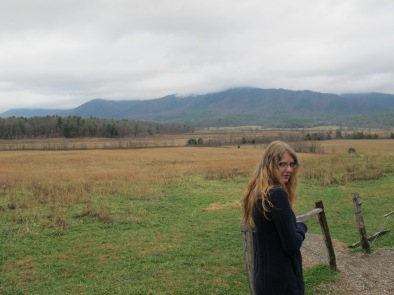 Why do you write about food?

The funny thing is I don’t purposefully write about food, but it’s all over my stories. Food, eating, cooking. It’s because there is a visceral power in food. It can be pleasurable, comforting, gluttonous, or sexy. It nourishes and sustains us, keeps us alive. Preparing it can be an act of love or obligation. We take it into our bodies. Think about that. We take it into our bodies. There’s a boon of metaphorical possibility there. It’s also just plain useful: you can tell a lot about a character by what she feeds herself. Green smoothies or gas station nachos? Or, even better, both? (We all have our contradictions.) There’s a lot you can do with food.

What’s the strangest meal you’ve ever had?

My husband and I were in Paris, and there was a TexMex restaurant near our hotel called El Rancho. Naturally, we had to try it. It was decorated in tasteful, Mexican-ish decor, and there was a sign over the door that said “Thank’s for your visit.” They served us the tiniest chips and salsa imaginable. The chips were bite-sized, and the salsa was in a bowl about the size of a soy sauce cup. I ordered a margarita, which came in a miniature Manhattan glass, and chicken fajitas, which had not only the standard peppers and onions, but also broccoli, green beans, olives, and sugar snap peas. Sugar snap peas. In a fajita. It was delicious, of course, cause France, and we actually went back a second time and ordered the exact same thing. Since then, I’ve tried to recreate it at home, but I can’t quite capture its original glory.

If someone invented a cocktail named after you, what would it include?

The Claire Burgess would use ingredients that you always have in your house, because this is the kind of drink you drink after you’ve already had a few and shouldn’t be tempted to drive anywhere for some missing frou-frou liqueur. It has a strong pour of whisky in it, and it definitely has hot sauce, and then whatever else can be scrounged from your pantry because you haven’t been to the store in over a week. It should be too spicy for average mortals. Every sip should warm you like an embrace and then kick you in the ass. Some people think it’s disgusting, but that’s how you know who your real friends are. They’re the messy ones with the belly laughs, the sharp tongues and giant hearts. The fire eaters, the smoke breathers, the dragons with a purr in their throats.

You can read some of Burgess’s fiction at Annalemma, and then hear her in person next week at Classic Lines bookstore for Six Impossible Things for Breakfast.

Claire Burgess is a writer of short fiction, educator of teenagers, and blogger for The Rumpus. Her stories have received special/notable mentions in thePushcart Prize and Best American anthologies, and have appeared in Third Coast, Hunger Mountain, PANK, and elsewhere. She received her MFA from Vanderbilt University and is a founding editor of Nashville Review. Currently, she’s completing a manuscript of short stories under the working title Last Dog.